From Corona to Safety

The Corona virus has hit the world hard, many businesses are shut down, and there are brand new laws in effect to keep movement very restricted.

For most of us, it's not the virus that is hard, as it is becoming more and more evident that the numbers of actual deaths or sickness are staggeringly low, as has been reported by Breitbart News in addition to the numbers being extremely low - IMHO low enough at least NOT to justify this over-reaction of a global shutdown, the Studies Claim Malaria Drug Chloroquine is Effective Against Coronavirus! and there are doctors in brooklyn and other places which have had ZERO DEATHS and have healed HUNDREDS of people! but rather the extreme unprecedented measures of isolation and other laws that governments have put in place to "protect human life" are what are the most BIZARRE and not fully comprehensible.

some might say that the government "loves us so much" that it is taking these "extreme measures " like an overprotecting parent.... i don't think so.... i have spoken to one of my close friends here in Israel who served in the Israeli military for many years, he told me that it is strange to see the government "care" about human life, he told me that when he was drafted together with other teens etc. he did not see compassion or value of life in the way he or his friends were handled, and like in the united states, Israeli veterans are not cared for in nearly the manner they should be...

In american History we know that... 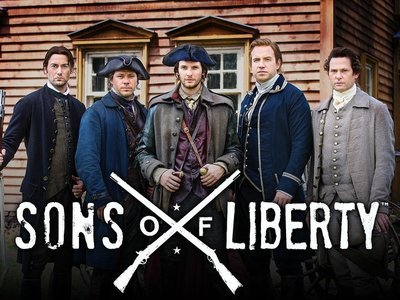 Many have died fighting their British leaders at the time for the freedom of WE THE PEOPLE. ever since, the world has adopted those laws and freedoms (sons of liberty is a great movie i recommend which embodies and portrays this very well), and right now governments are flexing this "national emergency" of theirs to herd us in and create a curfew of sorts, and really bring us all to a stop, this situation is being monitored VERY closely by coordinated citizens as well as individual freedom fighters (we see this with the 5G towers being destroyed) as many have linked the general health hazards of 5G to be what is helping to make people sick...

some don't understand what the connection the corona has to 5G, and that is a good question, for one, there might NOT be a direct connection. but i'd like to point out FROM A PSYCHOLOGICAL PERSPECTIVE that when people feel that they are being forced to stay home - and they feel that they are slowly loosing what small control they had over their lives up until now, they begin to tear down everything that seems to be a threat to them, and the justification is "the government never cared what i think and did not bother to even hear me out or explain ANYTHING TO ME so.... i will show the same "disrespect" to the government.

I might add that this video and many many other videos like this - of cell phones frying an egg - is quite frightening! when you hear people say that 5G is 10x more radioactive than 4G it really makes you wonder "WHEN IS THIS GOING TO FRY MY BRAINS?":

Moving on - many have been monitoring the governments and the NWO agendas and have been saying that there is much much more than what meets the eye and that we should be very weary of this "crisis" turning into a "circus" were we end up being the animals dancing... many say that if bad players in high places get their way - billions of dollars will be stolen from tax payers and given to the strongest and most powerful people in the world, here is a clip were Jimmy Doer brings on a guest to speak about the matter:

Now, besides this great theft form millions of people around the world - which seems to be "on schedule" (unless some powerful super hero comes to our rescue) there is another narrative playing out.

The "hater of humanity" and "promoter of depopulation" Bill Gates, has been pedaling a DEPOPULATION PLAN = killing people plan, for years now, and it seems he wants to take advantage of the current situation to kill people with a fake "cure vaccine"!

As the CEO of the NEXT NEWS NETWORK has reported - even though he is at home, he still took the time and explained the dangers of Bill Gate's next plan for humanity - especially with regards to the vaccine "cure"...

Brian Trappler: An invisible war is occurring behind the walls of the White House. Bill Gates`s representatives need to inflate the mortality of the Corona (which are bad enough), and the fear-factor. Their goal is to delay reintegration into the workforce pending a digital immune-tracking system. Gates wants a map of the world-population`s immune status and vaccination record. Such a technocracy is already at work in China, but applies to "Social Credit Score", a figure conflating the population`s level of obedience and subservience to the Mainland`s control. To date, those with a social-credit score below an acceptable threshold of psycho-socio-political compliance (12 million and rising), are deleted from the Internet grid. This prevents them from a variety of everyday activities ranging from social media communication to all electronic commercial activities. These same players are the ones describing the effect of Hydroxyquinoline/Zithromax/Zinc as being "anecdotal". See who can join the dots. It explains Bill Gates`s obsession with vaccination - to be followed by digital tracking for his "planetary stabilization" model.

More and more it seems that most of us don't get it - and the biggest challenge facing the truth community today is how hard it is to explain the truth to someone who is not understanding all the moving parts of this global game. this following video SEEN OVER 2.5 MILLION TIMES WORLDWIDE! is without words - but it encapsulates the MENTAL, SPIRITUAL AND PHYSICAL EXILE we still have not fully broken out of.

Now, in there troubled times there has been one man on the internet which has stayed happy and content and keeps putting out thought provoking and calming messages in his videos to the masses. he has talked more sense than presidents and "world leaders" his page is called "the dollar vigilante" here is one of his videos explaining what our response to the situation should be:

there are many many videos like this that i have seen and found very insightful and i do recommend checking his page for more.

there is one more person who is very realistic about life but at the same time has a way of breaking down the dark side of the world in a way "normal people" can grasp, this man is Lionel, he is very funny and very wise, a lawyer by profession, he has casual live videos on YouTube about politics as they develop. here is an example of some of his shows:

i'd like to end off that there is nothing 100% that i want you to walk away with - but rather i'd like you to forum your OWN OPINION by learning more every day.

and last but not least - and also because we seem to have a lot more time for this kind of stuff now - i'd like to share a video from Jordan Peterson which is a Canadian author, clinical psychologist, and scholar. He is a professor of psychology at the University of Toronto, he is more popular than the prime minister of Canada and is an extremely wise man -ONE OF A KIND!

Me as a Practicing Jew - i find that explaining my faith to others has been a challenge - but regardless of his faith, i think that there are many fundamentals and clarifications that are expressed in this Series, thus i do recommend it.

P.S. if you are still oblivious to the evil in the world - and if you are a true fighter for good - you should see these videos made by the great Jay Myers, to understand what we are up against - fair warning - this stuff is very scary - BECAUSE IT IS REAL - so please tread with caution. good and evil is clearly defined in our Bible - those who want to dream of a better future need to join the good to create that reality, this also means one needs to understand what we are up against, so this is what it is:

I'll end off with a blessing, May the spirit of freedom coming from Passover carry us through the days of moshiach and may we merit to see a unified world under g-d in the ultimate and complete redemption speedily in our day Amen..

I am Yosef Edery and i gladly wrote this article as a public service.

I do believe that the more informed we are, the better we become as individuals and the better our collective future will be. please support our sponsor JewelryOfCape.com

Of course if you think this was an important article - please share :)